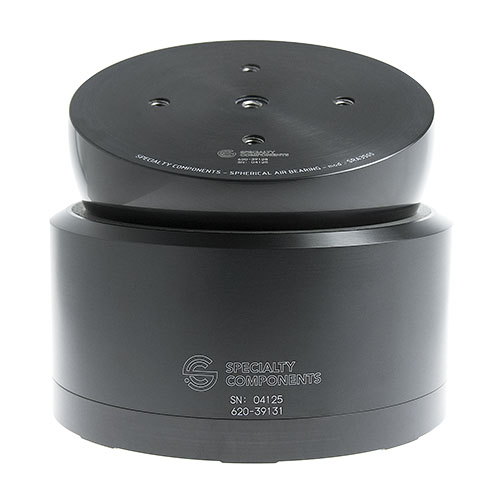 Weighing 16 pounds, the SRA300 spherical air bearing will exhibit frictionless motion at zero speed and at any angle within the +/-30 degree travel range. With a vertical load capacity of nearly 750 pounds, this air bearing is well suited to support medium to heavy loads. A special anti-friction surface at the air film interface allows for occasional moving contact of the sphere without damage for all of the SRA series bearings. Pneumatic hammering of the air film can plague an air bearing design and result in unstable bearing performance. Unlike other spherical air bearings, the SRA series eliminates this possibility by including vibration dampening features within the design.