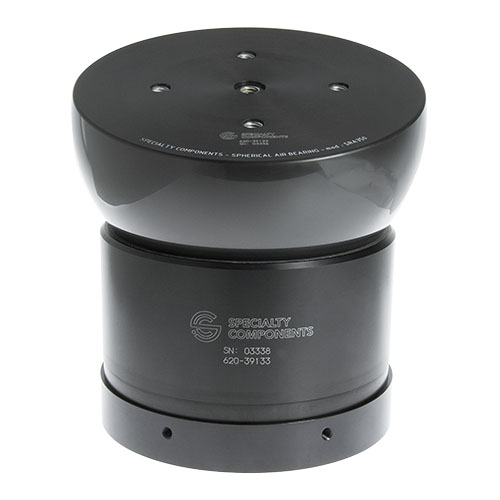 Able to support 675 pounds of vertical force, this 4 inch radius spherical air bearing will allow rotation of large satellite structures or other payloads without friction. Remarkably, this bearing is supported by a cushion of air only 5 microns in thickness and has a stiffness of nearly 3 million pounds per inch. Pneumatic hammering of the air film can plague an air bearing design and result in unstable bearing performance. Unlike other spherical air bearings, the SRA series eliminates this possibility by including vibration dampening features within the design.