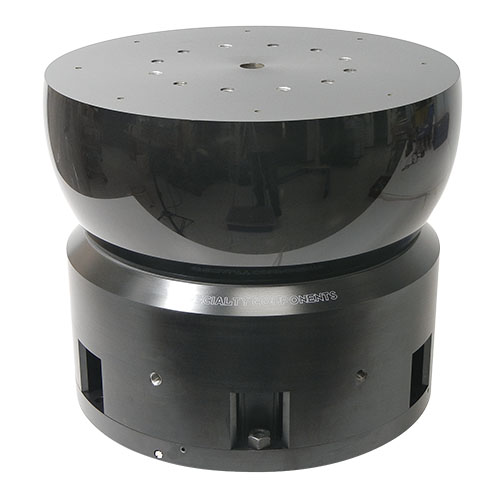 The largest of the standard series, the SRA850-R45 spherical air bearing supports vertical loads of over 12000 pounds and side loads of nearly 2000 pounds. Full-scale satellite simulation or other heavy load applications will benefit from the frictionless rotation provided by this air bearing. The optional locking assembly and upper plate reliably secure the sphere while hardware is attached. Accurate and stable performance results from over 40 million pounds per inch vertical air film stiffness. Pneumatic hammering of the air film can plague an air bearing design and result in unstable bearing performance. Unlike other spherical air bearings, the SRA series eliminates this possibility by including vibration dampening features within the design.